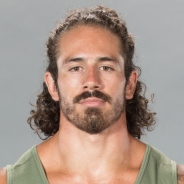 Christian spent his entire life competing, starting with martial arts and gymnastics when he was seven. He began wrestling and playing football through middle school and played football, wrestled, and lacrosse at La Costa Canyon High School. Christian believes that there is nothing more primal than stepping into a metal cage to prove that you are the best and not leaving until someone’s will to compete has been broken. A huge part of his strength and conditioning program for fighting was crossfit and weightlifting, and it was through this that he fell in love with both of these amazing sports.

“I was never the best at anything naturally and have never had anything given to me so hard work was second nature to me and I absolutely loved the fact that crossfit was a purely results based sports. It is such a unique sport because of the fact that however hard you work is directly correspondent with how successful you will be in the sport.”